(Sept 22): Oil pipelines, hotels, convenience stores and automaker bonds are among the assets being bought by some of the world’s biggest asset managers as they look for value in a world thrown into turmoil by the coronavirus pandemic.

In interviews with sovereign wealth funds, pension firms and asset managers across Asia and Europe that collectively manage about US$3.4 trillion, one thing was clear: many of them are avoiding the overheated stock market.

The most common outlook was one of caution. They are mindful that much of the rebound in markets and private-company valuations is thanks to ultra-low interest rates, massive central bank stimulus and government fiscal support, some of which could start to be wound back in coming months.

With asset values still seen as inflated, even in some hot areas like healthcare and technology, many are waiting for a potential second downturn after stimulus measures end but before mass vaccinations enable economies to restart without risking widespread infection.

Here’s what they had to say:

GIC Pte, Singapore’s sovereign wealth fund, is looking at “less loved” areas from retailing to infrastructure, whose valuations have been pummeled by the pandemic, Chief Executive Officer Lim Chow Kiat said when the firm released its annual review in late July.

The fund only officially discloses it manages more than US$100 billion but has more like US$450 billion, according to the Sovereign Wealth Fund Institute, making it the sixth-biggest in the world.

In two of its largest deals this year, it was part of a group that acquired a 49% stake in ADNOC Gas Pipelines for US$10.1 billion, and last month teamed with Australian property group Charter Hall in a A$682 million (US$500 million) acquisition of more than 200 convenience stores attached to gas stations.

Chief Investment Officer Jeffrey Jaensubhakij says even areas like hospitality could bounce back before global travel resumes. “Once you’ve contained the virus, domestic travel can come back even if international travel can’t,” he said. “Then there might be opportunities in the hotel space where domestic travel could continue to grow and take up a fair amount of demand.”

Global border closures can only be temporary, and trade is slowly recovering, says Didier Borowski, head of global views at Amundi SA, Europe’s largest asset manager which oversees the equivalent of about US$1.9 trillion.

However, he predicts pharmaceutical and health industries will relocate production of some key goods to avoid being dependent on one country. But even then, Borowski says it would be too expensive and not cost-efficient to bring it all home.

With travel restrictions limiting holiday plans, so-called staycations are back on the agenda, says Will James, deputy head of European equities at Standard Life Aberdeen Plc, whose team manages the equivalent of about US$11 billion.

It’s invested in Thule Group AB, the Swedish maker of bike racks and roof-top luggage carriers for cars, whose shares have almost doubled since late-March.

“Rather than going abroad to the beach, people are staying home to drive around the country,” he said in an interview late last month.

Aviation stocks like Airbus SE could “recover very aggressively” if a vaccine is found, though he warns it’s still unclear if the world will ever go back to the way things were even if it works.

Bonds are one of the great unloved assets of the Covid crisis, says Andrew McCaffery, global CIO at Fidelity International, which manages about US$437 billion. 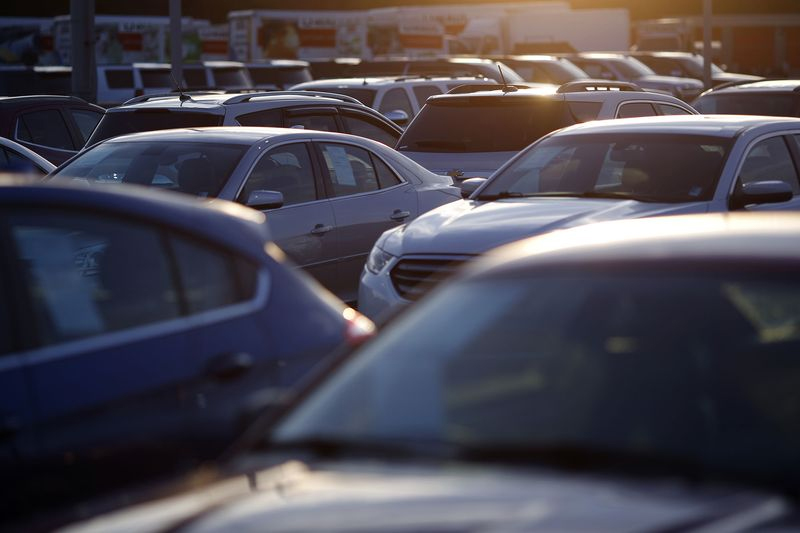 Carmaker bonds are particularly attractive as auto production picks up, and more people drive to avoid crowded public transport, he said in an interview earlier this month.

“If you look at credit spreads, they’ve moved to levels that make the bonds of some global carmakers relatively attractive,” he said, citing Ford Motor Co. and Nissan Motor Co. as examples. “These bonds are unloved, especially when you consider there’s been an increase in car usage versus public transport.”

During the pandemic selloff and rebound AustralianSuper, the nation’s biggest pension fund with the equivalent of about US$133 billion, kept more than half its portfolio in Australian and global stocks and reduced holdings of property, credit and private equity.

With a mandate to maximize long-term returns, Australia’s sovereign wealth fund is keeping its powder dry, CEO Raphael Arndt said at its annual portfolio update earlier this month. The US$118 billion fund is positioned cautiously with no pressure to deploy its liquidity “unless and until the opportunities arise,” he said.

“Economies right around the world are in their worst recessions for many, many decades, and if you look at the price of assets, they haven’t moved much,” he said. “The question investors have to ask is: does that make sense? The only way it makes sense is if interest rates stay very close to zero and stimulus stays for a very, very long time — and there’s got to be risks to that. That’s why we think we’re much better positioned in a cautious way right now.”

With public markets overvalued, Aware Super CIO Damian Graham is going into direct investments, such as data centers and apartment buildings. The US$91 billion fund is also selling some of the assets it thinks will struggle, like office buildings and malls, as people change the way they work and shop, he said in an interview last month.

The Sydney-based fund last week invested 100 million euros (US$118 million) with APG Group NV to build serviced apartments in Europe — a deal that could increase to 500 million euros. It’s also in a bidding war for listed fiber-optic operator OptiComm Ltd.

While China was the first to be hit by the coronavirus, it is now leading the way out, making it an attractive proposition for Singapore’s state investor Temasek Holdings Pte.

The firm, which oversees the equivalent of about US$225 billion, is positive about several key themes in China, including consumer technology, life sciences, biotechnology, and fintech, Chief Investment Strategist Rohit Sipahimalan said at the firm’s annual review earlier this month.

“This year probably China will be the only large economy with positive GDP growth,” he said.